Translation from Italian to English made possible by #SIGNGENE team.

Cinema. When the Superhero is Deaf.

”Sign Gene,” the action film directed by Emilio Insolera, has a cast entirely of deaf people, on screen and in real life. Superpowers are born from the use of sign language. Subtitles for the hearing people. 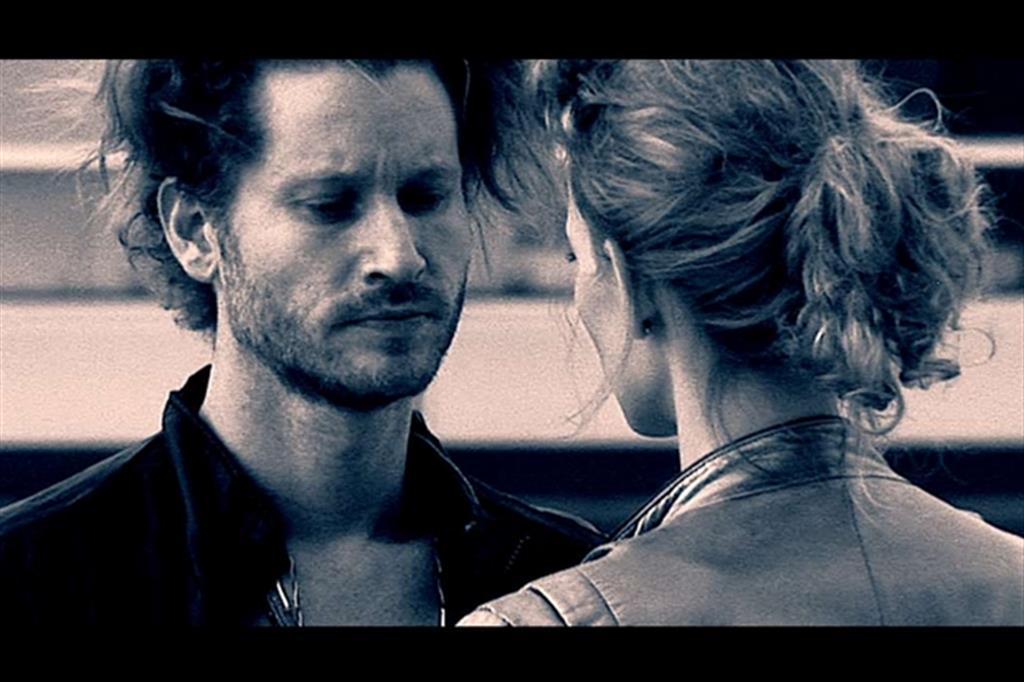 If they wanted to subvert they were successful since the reception of the pre-show. Deaf the actors, deaf the audience, deaf and silent the crowd with long dress waiting on line to enter the historic The Space Cinema Odeon, next to the Duomo of Milan, for the World Premiere of Sign Gene, the first film whose protagonists, deaf superheroes (on screen and in life) are the good people who save the world from the bad gangs, between super powers, martial fights and special effects. Thirty years have passed since the Children of A Lesser God – title now entered in the common language – in which William Hurt duelled with the most intense actress Marlee Matlin, a disabled cinderella in a world of talents. But here’s just another story and the “out of the ordinary” is us, the few audiences in the room who need subtitles to understand something about a film entirely featured with visual communication, for more than three languages, the Lis (Italian Sign Language), the Jsl (the Japanese one) and the Asl (the American one)

Indeed, because the profane might think that deaf people around the world “gesticulate” and understand the same way, while the Sign Language (Ls) are true idioms different from each other, just like verbal languages. This is why subtitles are useful to many many deaf foreigners who crowd the audience. Moreover, it was a bit special even at the presentation at the Odeon of Milan, since the moment when in the sumptuous liberty made his entrance between flashes, Emilio Insolera, producer, director and protagonist of the film, accompanied by his wife Carola Insolera, Norwegian actress and model. The applause was silent, made of raised hands that shake like butterfly wings.

1979, born in Buenos Aires from deaf Italian parents, graduated in Linguistics and Film in Washington and in Mass Communication from University of Rome La Sapienza, Insolera is deaf from birth like Carola and their two year old girl. Co-author of the first Italian Sign Language multimedia dictionary is now considered a visual community activist. “I started building my film when I was in Japan and met Hiroshi Vava, the co-star. Together we started dreaming and  decided to to write this story”, he told the audience moving his hands. Next to him two Ls interpreters did the same, translating for the Japaneseand English deaf audience. The silence was interrupted only by an interpreter who translated vocally for us.

“I started in 2008 and spent a total of 25,000 euros, eve though we were shooting the scenes between Italy, Japan and the United States. Passion was our strength. ” Among the actors is also his brother, Humberto Insolera, also deaf, who does not hide the emotion: “It was a tough job, you can imagine the obstacles, but the dream has become reality and it shows that deaf people can do everything. Here in the room tonight there are so many deaf entrepreneurs, there is a friend who even runs a bar … ” You realize that beyond a movie there is a lot more, there is the activism of those who want to redeem generations of people lived in a bubble of silence and misunderstanding, forgotten or looked upon with diffidence.

Do not call them “not hearing”, they hate hypocrisy and compasion, so much so that the plot of the film, which is too skinny, represents the fight between deaf heroes, whose superpowers derive from the Sign Language, and a band of dangerous mutants Japanese deaf people. As the title says, heroes are carriers of the “Sign Gene”, a genetic mutation that only some individuals possess and which makes them invincible. In 007 style, they work for the US intelligence agency, the QIA, affiliated with the Pentagon and composed of  mutant deaf agents. Sent to Osaka to fight the gang that would exterminate the “Sign Gene”, they will triumph over the weapons triggered by the only great power: the Sign Language.

“It’s an unique experiment in its own genre” commented the National Association of the Deaf, which will be screened by UCI Cinemas on September 14th in various cinemas, and that’s certainly the case, too, because – he explained – “from the director to the international cast, all of them are from deaf families for generations, while the film industry usually entrusts these roles to audacious interpreters that end up being bad imitators of the SL: as if an Italian actor was asked to act in Japanese by cracking down the tongue”. The greatest merit of Sign Gene is to break the veil that separates the audiences from the mysterious and fascinating world of the deaf, just as it did at the party in the Odeon auditorium, all joined by that silent toast, from that speaking animately without voice, from that mimic joy in which we – incapable of communicating – were the only outsiders, the unique dis/ables, mutes like fishes in a very capable and alien society. Yes, if he wanted to subvert, Insolera made the centerpiece. As for the film, it will like mostly to the younger generation, accustomed to the rapid and psychedelic language of video games or japanese cartoons where the special effect counts more than the plot and the battle between titans more than the poetry.